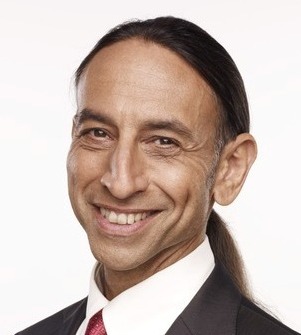 Panelist: The Changing Role of Marketing: What All Leaders Need to Know (April 10, 2019)

Scot Safon serves as the Chief Marketing Officer at UPtv, where he supervises teams charged with branding, promotion, strategic communications, creative services and digital marketing for the national cable network and all of its platforms. He has previously held positions as the Chief Marketing Officer of CNN Worldwide, the CMO of The Weather Channel and the head of Marketing at TNT, where he supervised marketing and promotion of the network’s Original Movies and Series, NASCAR, WCW and all consumer and trade marketing. Currently, in addition to his work at UP, he is a marketing and media strategy consultant working with a range of blue-chip clients that include Motor Trend, IBM, Ford and Airbnb. He also is a consulting associate at Civic Entertainment Group/NY. Safon headed the team that won the very first National Emmy Award for Marketing and Promotion (for CNN's GODS WARRIORS), was nominated for that honor 4 other times. He was named the 2014 Corporate Marketer of the Year by the American Marketing Association's Atlanta Chapter. He received his BA from the University of Virginia and his MBA from Cornell University.