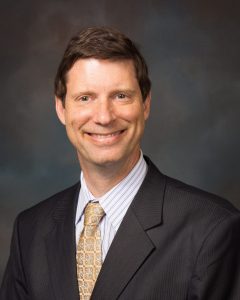 Andrew Hyde is currently a part-time consultant at the U.S. Department of State on the Afghanistan Desk. He is also a Nonresident Fellow at the Stimson Center on the Transforming Conflict and Governance Program and a Senior Advisor to FutureGrasp Foundry, a global advisory group providing assessments of digital technologies and their policy implications.

Andrew last year wrapped up a 28-year career as a U.S. Foreign Service Officer. During his diplomatic tenure, Andrew worked extensively on multilateral diplomacy at the global and regional levels. He served as the interim NATO Deputy Senior Civilian Representative in Kabul where he helped lead Alliance diplomatic efforts in support of NATO’s Resolute Support Mission in Afghanistan. Previously, in the Department’s International Organizations Bureau, he directed a team that provided a regional focus to U.S. multilateral engagement, especially at the United Nations. Prior to that, he was Deputy Director in the State Department’s Bureau of Conflict and Stabilization Operations in charge of developing international and nongovernmental partnerships aimed at enhancing collaboration on fragile and conflict-affected countries and regions.

Andrew has also worked on Capitol Hill, as a State Department Fellow in the House Armed Services Committee and, prior to joining the State Department, he was on the personal staff of Virginia Senator John Warner. Andrew has a Master’s degree in National Resource Strategy from the Dwight Eisenhower School for National Security and Resource Strategy (National Defense University), and a BA in International Relations, Economics and Political Science from Dickinson College. He also has done graduate studies at the Hebrew University in Jerusalem and the London School of Economics.

Andrew speaks and writes regularly on a range of foreign policy topics. He is a guest lecturer at the Elliott School of International Affairs on multilateral diplomacy and U.S. foreign policy. He has also delivered lectures on stabilization and governance policies in the context of a diplomatic strategy.