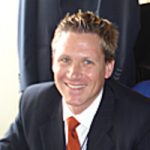 Joseph “Joe” Brinker serves as a Long Term Analyst, Political Campaigns at the National Democratic Institute (NDI) where he works on the NDI Virtual Long Term Election Assessment for Georgia. Previously, he served as an election advisor for the OSCE Office for Democratic Institutions and Human Rights' (ODIHR) special election assessment mission (SEAM) of early parliamentary elections in the Republic of North Macedonia.

From 2009-2019, he served as a senior democracy and governance advisor in the U.S. Agency for International Development’s (USAID) Middle East Bureau. In this role, he provided guidance on building and improving governance, elections, political participation, media, civil society, and rule of law in the region. He also coordinated USAID’s efforts in this sector with those of other U.S. government agencies/departments, implementers, and international partners. Joe joined USAID in 2009 as a senior democracy and governance advisor to the Office of Afghanistan and Pakistan Affairs.

His experience is rooted in years of hands-on development implementation living in Afghanistan, Kosovo, Macedonia and Pakistan, among other countries. He has managed complex elections operations in several post-conflict political transitions, including roles in the two largest out-of-country votes ever conducted. Joe served twice with the Organization for Security and Co-operation in Europe (OSCE), most recently as the head of political affairs for its mission in Kosovo during the contested period of independence there, and earlier on the management team of its mission to Skopje, where the personnel on his teams carried out diplomatic and stabilization efforts to strengthen the resolution process following the armed conflict that occurred in the Republic of Macedonia.

As a client editor and senior analyst, he also helped launch the start-up consultancy Intellibridge with former Foreign Policy Group CEO and Editor David Rothkopf and UNICEF Executive Director Tony Lake. Joe began his career by helping to found and manage the international NGO Students for Czechoslovakia (SFC) months after the fall of communism in 1989.