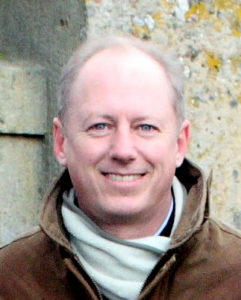 Chairman: WNG Board of Advisors

Bill Stokes is Founder and Chairman of the Washington Network Group (WNG), a Washington, D.C.-based organization of senior-level executives and professionals from the private, public and independent sectors. The WNG membership includes leaders in companies, professional service firms, associations, and nonprofit organizations, multilateral institutions, the Congress, government agencies, foreign embassies, and the media. The Group convenes over 40 events per year, bringing together thousands of regional and international leaders for networking, relationship building, and business development purposes.

A Virginia native, Bill launched his career in Washington, D.C. working in think tanks where he served in operational management roles. His focus on international trade and national security issues led him into business consulting, executive recruiting, and leadership development. Today, Bill works with U.S. and international clients to address their business, human resource, and leadership challenges.

Bill is "a people person" who works with owners, founders, and builders of growing companies and non-profit organizations. As an executive search consultant, he has recruited leaders, executives, and managers for U.S. and international clients. His focus areas include management and operations, sales, business development, marketing, communications, public relations, public affairs, advocacy, government relations, lobbying, advancement, development, and fundraising. He is a trained leadership development coach and serves as a mentor to numerous organizations including the BMW Foundation's RESPOND Accelerator, the Founder Institute, Accelerate Athens, and the Exonian Mentors program of Phillips Exeter Academy. He is a BMW Foundation Responsible Leader and a past BMW Trans-Atlantic Forum (TAF) Fellow. Additionally, Bill is a Professional Networks Leader for the College of William & Mary in Virginia.

He is a seasoned nonprofit professional, having served as Director of Development at the American Institute for Contemporary German Studies (AICGS) and Chief of Staff in the Office of the President at the Center for Strategic and International Studies (CSIS), in Washington, D.C. Also, he was Program Director at the National Council for International Trade Development (NCITD) and Program Director at the Washington Research Office of the Konrad Adenauer Foundation, a leading German political foundation.

He is a past board member of the George C. Marshall International Center (GCMIC), the World Affairs Council of Washington, D.C. (executive committee), the Phillips Exeter Academy alumni/ae association of Washington, D.C. (president), and The Hill School of Middleburg Virginia alumni/ae association (president). He was a founding member of First Tuesday Washington DC (city leader), RecruitDC, and the International Business Council of the Fairfax County Chamber of Commerce. He served on the Board of Directors of the German American Business Association (GABA) and was Director of the Manfred-Woerner-Seminar for German-American Understanding, a leading transatlantic exchange program at the German Marshall Fund of the United States.

Bill pursued graduate studies in international business and economics, and European politics at the Elliott School of International Affairs at The George Washington University. He holds an undergraduate degree in history and political science from the College of William & Mary in Virginia. He also studied at the University of Trier in Germany and Georgetown University. Educated at Phillips Exeter Academy, he thinks independently and speaks German well enough to get himself into serious trouble.

Born in Washington, D.C., Bill grew up on a farm in Loudoun County, Virginia, and today is a resident of Alexandria, Virginia. For many years, he coached youth soccer and lacrosse teams, and on weekends you will find him paddling a river, exploring a mountain, enjoying steeplechase races out in the countryside or digging in the garden.